I may only be two feet tall, but on this Veteran’s Day I am lifted up by the stories of my employees and their family members who have served in the U.S. military. It is my honor to recognize these individuals and the sacrifices they have made to serve our country. We are lucky they now call Bob’s home!

Bob’s is also proud to support veterans and active military through Operation Homefront. Guests can donate to the cause from now until December 31 by visiting any store Café and making a donation. Bob’s will match all donations up to $75,000. 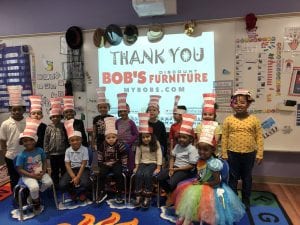